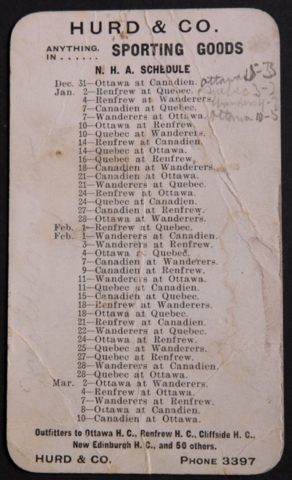 It is the direct predecessor to today's National Hockey League (NHL). Founded in 1909 by Ambrose O'Brien, the NHA introduced 'six-man Hockey' by removing the 'rover' position in 1911.