Bando -  resembled an early form of field hockey, as it involved striking a ball with a curved club (called a 'bando'). Games were played on large level fields, beaches and some games had been played on pitchs that are over 2 miles in length. However, in its heartland, it was played on the seashore of the Glamorgan Coast. The beaches near Margam and Kenfig hosted many exciting games featuring the Glamoran Margam Bando Boys, who were the most famous of the 19th century teams. 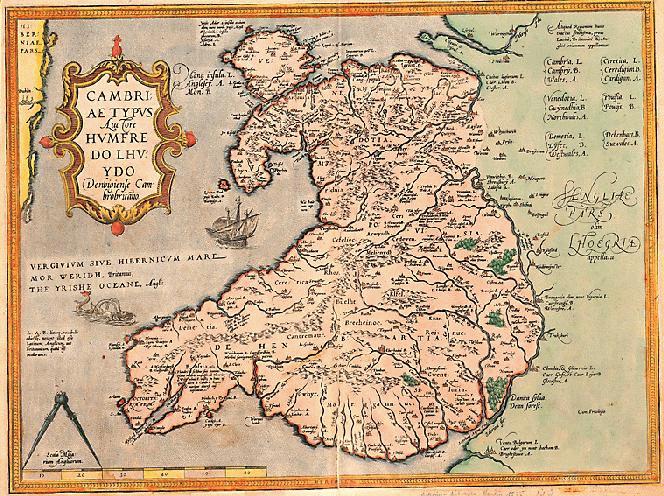 Bando, or cati bando  as it is sometimes called,  is still played both as a recreational activity and as an historic curiosity in Wales.  In it’s heyday, bando games were played by teams who represented parishes or counties.  Players  trained in their free time and games were often hotbeds of betting and acting out old regional grudges.

Variants included “Ci a Chath” and  “Cati and Dogi” which might be played with a ball made of wood or sewn leather or, as was sometimes the case with Cati and Dogi, a short length of thick wood that was whittled off at both ends.

Popular in Glamorgan in the nineteenth century, the sport all but vanished by the end of the century. Now a minority sport, the game is still played in parts of Wales where it has become an Easter tradition. The term 'bando' derives from the French 'bande', meaning 'bent stick', and the clubs used were made of hard local woods while the ball, similar in size to today’s Hockey ball, was often carved from yew, holly or box, and sometimes a stuffed leather ball was used.

Although no formal rules are known, the objective of the game was to strike a ball between two marks which served as goals at either end of the playing pitch.

Bando is believed to have common origins with bandy.

The earliest example of the Welsh language term bando occurs in a dictionary by John Walters published in 1770–94. It was particularly popular in the Cynffig-Margam district of the Vale of Glamorgan where wide stretches of sandy beaches afforded ample room for play.

The game was first recorded in the late eighteenth century, a letter, written by James Price of Pyle in 1777, states that there were few ash and elm trees in the county owing to the practice of making bandos for bando matches and in 1797 a traveller en route from Cowbridge to Pyle noted 'the extraordinary barrenness' of the locality in ash and elm trees, hard woods ideal for bando sticks, and came across hordes of people hastening to the sea shore to watch a game of bando. Whereas the sticks were made of hard wood, the ball, known as a "colby",  was normally of yew, box or crabapple.

The sport was often played between local villages, with fierce rivalries in the west of Glamorgan between Baglan, Aberavon and Margam and in mid Glamorgan between Pyle, Kenfig and Llangynwyd. Edward Matthews of Ewenni records that no-one above the age of twelve-months would be seen without a bando stick. Although many pre-industrial games are recorded to be lawless affairs with haphazard rules, the contrary appears true with bando. Once a challenge of a game was made between villages, wagers were normally set which demanded an agreed set of rules, including the number of players, normally between 20 and 30 and the size of the playing area. Matthews records a playing area of 200 yards, with the goal markers at each end set ten yards apart. Despite a set of rules, the game was still open to violent play with players often using their bando sticks to strike their opponents.

Bruce McDonald of Glamorgan Walks wrote that during the eighteenth and nineteenth centuries, bando was the game of choice in Kenfig. Matches were played on Kenfig Sands one goal was positioned at the mouth of the River Kenfig, the other two miles distant at Sker Rocks. In 1817, a record crowd of around 3,000 people turned out to watch the Margam Bando Boys and Newton Nottage play. The prominence of the game in Margam, west Glamorgan, is celebrated in a nineteenth-century ballad entitled The Margam Bando Boys. This was also the year in which the Margam Volunteer Rifle Corps was formed.

All the Margam Bando Boys followed their team captain Theodore Talbot into the Margam Volunteer Rifle Corps, which was formed in 1859. The badge design of this organisation included two crossed bandies or bando sticks.

The team are celebrated in a macaronic ballad called the Margam Bando Boys written in the earlier part of the nineteenth century.

Our master, straight and tall
Is foremost with the ball;
He is, we know it, and must allow it,
The fastest man of all

Let cricket players blame,
And seek to slight our fame,
Their bat and wicket can never lick it,
This ancient manly game

Our fame shall always stand
Throughout Britannia's land;
What men can beat us? Who dare meet us?
Upon old Kenfig's sand?

Should Frenchmen raise a voice
To crush our peaceful joys,
They'll get by storming a precious warming
From Margam bando boys

Like lions we'll advance
To charge the sons of France;
The Straits of Dover we'll ferry over
And make the traitors dance

Napoleon shall repent,
If war is his intent;
He'll sadly rue it if he'll pursue it;
Proud Paris shall lament

Bold Britons rule the main,
And every hill and plain,
From every nation throughout creation
Our rights we will maintain