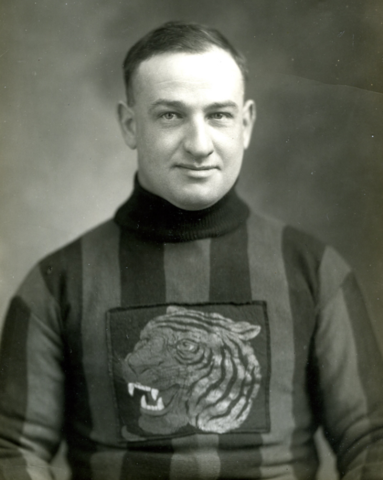 Lockhart enlisted for World War I and saw action in Europe as a member of the Canadian Army's famed Toronto 228th Battalion, also playing on the unit's Hockey team.

After serving his country in World War I, Lockhart was signed as a free agent by the Toronto St. Pats on December 15, 1919, playing in 7 games - winning 4.

Lockhart was loaned to the Quebec Bulldogs by Toronto for 1 game on March 6, 1920, resulting in a blowout - Toronto 11 to Quebec 2.

Lockhart was then traded to the Hamilton Tigers by Toronto for cash, December 16, 1920.

Lockhart led the NHL in appearances two straight years as a member of the Hamilton Tigers beginning in 1920-21. He played well but was often left to fend for himself by the club's porous defence. On January 26, 1921, he was victimized five times by St. Pats' star Corb Denneny, who became only the fifth player to score that many goals in an NHL game.

After sitting out the 1922-23 season, Lockhart was called in two play one game for the St. Pats in 1923-24 and two contests for the Boston Bruins the following season. He sat out the 1925-26 season and played 19 games the next season for the Hamilton Tigers of the CPHL before retiring.