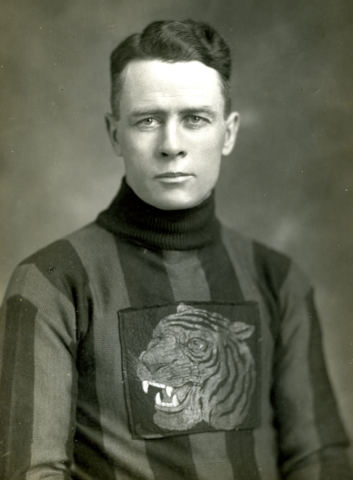 Carpenter was one of the first American born players in NHL / National Hockey League. He was born in Hartford, Michigan, but grew up in Lachute-Brownsburg, Quebec.

Carpenter played senior Hockey at age 17 in the Ottawa valley, and then in 1909, moved to Port Arthur, Ontario, which is now known as Thunder Bay.

Carpenter then joined the Port Arthur Hockey Club / Port Arthur Lake City from 1910 to 1912. The team (which included Jack Walker) defeated Prince Albert for the Western Canadian championship, then went on to play the Ottawa Senators on March 16, 1911, for the Stanley Cup; they were defeated by the NHA team by a score of 13 to 4, where Marty Walsh was a "one-man wrecking crew", scoring ten goals against Port Arthur.

Carpenter then turned full time pro with the Maritime Professional Hockey League Moncton Victorias in January 1913 and the New Glasgow Black Foxes in 1913-14.

Carpenter would be a big part of the Metropolitans 1916-17 season, helping the team win the 1917 Stanley Cup championship, which became the 1st American Hockey team to win the Stanley Cup.

Carpenter returned for one season in Port Arthur before serving in World War I. He returned from the war in 1919 and joined the Quebec Bulldogs of the NHL, following the club to Hamilton the next season, where it was known as the Hamilton Tigers.

After retiring from professional Hockey in 1921, Carpenter became the trainer, coach and manager for the Port Arthur Bearcats which won two Allan Cups in the 1924-25 and 1925-26 seasons.