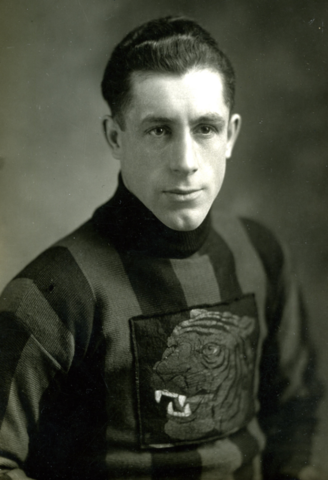 Records show Carey being born in both Scotland and Quebec, Canada (May 13,1898), but regardless of his birthplace, Carey started his Hockey playing in Quebec.

Carey played for the Quebec Crescents of the Quebec City Hockey League in the 1911-12 season, and would also play one game for the NHA Quebec Bulldogs.

Carey would return to the Quebec City Hockey League, playing for the Quebec YMCA 1914-15, and the Quebec Sons of Ireland 1915-16.

The Quebec Bulldogs had been taking note of Carey's goal scoring the past 2 seasons (33 goals in 17 games) and signed him for the 1917-17 season, and Carey would score 8 goals and 13 assists in 19 games.

Expected to play the first season of the National Hockey League , the Bulldogs were unable to attract enough financing to make the move to the NHL, opted to suspend operations for the league's inaugural season. Carey was selected by the Montreal Wanderers during the dispersal draft. However, he refused to join the Wanderers and was suspended by the team on November 29, 1917.

In 1918, the Bulldogs were sold in principle to Percy Quinn. However, Quinn's actual intent was to use the Bulldogs to help resurrect the NHA. However, the other owners called Quinn's bluff by demanding a firm commitment to ice a team for the 1918–19 season. When Quinn refused to do so, the NHL canceled the franchise. There was no other group interested in the Bulldogs franchise and the club sat out the 1918-19 season as well.

While the team had been suspended, their star player, Joe Malone, played for the Canadiens. Malone rejoined the franchise, and won the scoring championship that year with 39 goals. Despite Malone's scoring and the presence of players like Harry Mummery, Quebec had a dismal season, finishing last, with 4 wins and 20 losses.

Before the 1920–21 season, the NHL took back the franchise, and sold it to new owners who moved the team to Hamilton, where it became the Tigers. This helped to head off a potential competing league organized by Livingstone from setting up in Hamilton.

Carey was traded to the Toronto St. Pats by Hamilton with Amos Arbour and Bert Corbeau for Ken Randall, the NHL rights to Corb Denneny and cash, December 14, 1923.