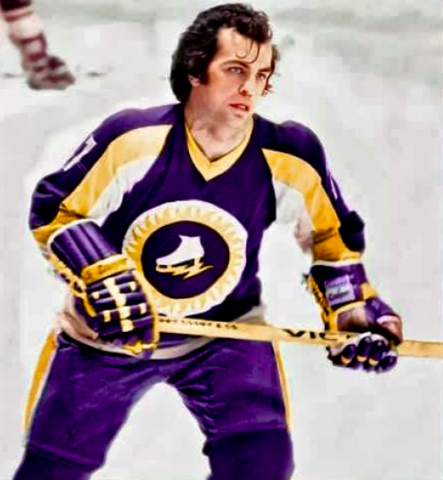 Lacroix made his NHL debut on February 21, 1968 with the Philadelphia Flyers vs the Pittsburgh Penguins, also scoring his 1st NHL goal vs Les Binkley at the Pittsburgh Civic Arena in a 1-1 tie.

Lacroix led the Philadelphia Flyers in scoring in both 1969 and 1970.

Lacroix was named to Team Canada for the 1974 Summit Series against the Soviet Union, scoring 1 goal and 6 assists in eight games. His only goal was the game winner in Canada's only victory (4-1) of the series, Game 2 at Maple Leaf Gardens

Lacroix had 106 assists during the 1974-75 WHA season. Only Bobby Orr, Mario Lemieux and Wayne Gretzky have had 100 or more assists during a season as a professional Hockey player.

André Lacroix was elected as an inaugural inductee into the World Hockey Association Hall of Fame in 2010.