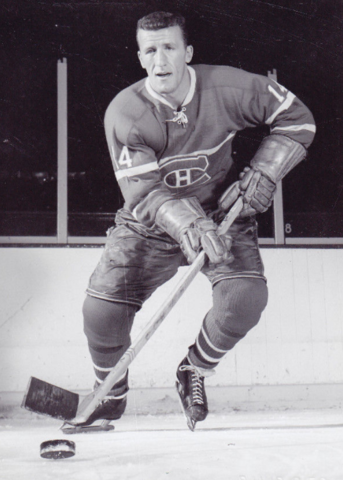 In the finals, Provost turned his focus onto the job of checking the Black Hawks superstar Bobby Hull. As opposed to many other defensive forwards, he checked in a clean and effective way. He didn’t take penalties, and he was not a clutch and grabber like many latter day checkers. Provost, never complained about his role, and was willing to sacrifice his individual needs for the greater goal of the team. Even Hull his main adversary, said he respected the job that Provost did.

After repeating as Cup champions in 1966, the Canadiens lost in the finals to the Maple Leafs in the last Stanley Cup finals of the original six era in 1967. The 1968 playoffs saw Provost once again record a valuable 10 points in 13 games as the Canadiens regained the Stanley Cup by defeating the St. Louis Blues.

On November 9th, 1957 Provost set an NHL record by scoring a goal just four seconds into the start of the second period. Provost still holds the record for the fastest goal to start a period (Denis Saverd tied the record in 1986).