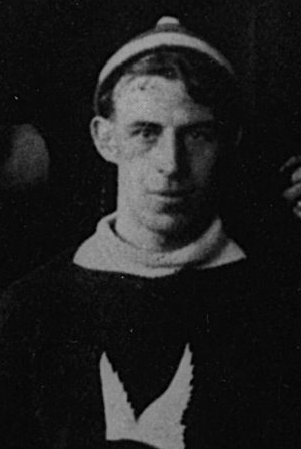 Richard Robinson "Dickie" Boon (January 10, 1878 – May 3, 1961) was a Canadian Amateur Ice Hockey forward and manager. He played for the Montreal Hockey Club (Montreal HC) of the Canadian Amateur Hockey League (CAHL) and the Montreal Wanderers of the Federal Amateur Hockey League (FAHL) - In 1894, at the age of 16, Boon began playing organized hockey with the "Young Crystals" at the old Crystal Rink in Montreal with another Hall of Famer, Mike Grant. In 1897, he joined the Monarch Hockey Club. In 1900 he joined the Montreal Hockey Club of the Montreal Amateur Athletic Association's junior club. The following year he was promoted to the senior team, the Montreal AAA. He played the position of cover point, similar to today's defenceman. Considered to be 'fast and wiry', Boon is credited with being the 1st player to use the poke check, which he used to great success in stopping opposing forwards - Boon was the captain of the two-time Stanley Cup-winning Montreal HC teams of 1902 and 1903 which had several other future Hall of Famers including Jimmy Gardner, Tommy Phillips and Jack Marshall. He was effective despite being the smallest player on the team. Like many other members of the team dubbed the "Little Men of Iron". Boon left the Montreal AAA in December 1903 to co-found the Montreal Wanderers, Montreal's first professional Hockey club in the new Federal Amateur Hockey League (FAHL). He played with the club until 1905. At that point, professionalism was taking hold in hockey and Boon dropped out of playing hockey after the objections of his parents to him becoming a professional. He then turned to management of the Wanderers and he managed the club until 1916. He led the Wanderers to four Stanley Cup titles in 1906, 1907, 1908, and 1910 as Team Manager - In 1910, Boon, along with Jimmy Gardner was instrumental in setting up the National Hockey Association (NHA) (predecessor of today's National Hockey League (NHL)) when the Wanderers were refused entry into the new Canadian Hockey Association (CHA), along with Renfrew. Gardner, Boon and Ambrose O'Brien conceived of founding the NHA on the spot, after the CHA had met to expel the Wanderers and in the same hotel, the Hotel Windsor in Montreal. The NHA would be innovative in making professional hockey more business-like - Boon was inducted into the Hockey Hall of Fame in 1952