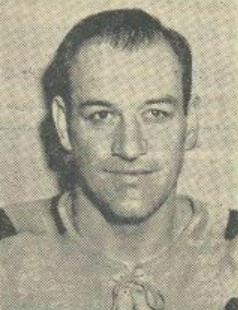 Growing up in Valleyfield, Glaude would play for the Valleyfield Athletics and the Valleyfield Braves in the mid 1940s. He then joined the New York Rovers, playing in the Eastern Hockey League / EHL for the 1947-48 season.

Glaude then played 1 season in the American Hockey League / AHL for the New Haven Ramblers during the 1948-49 season.

Glaude played 1 season with the AHL Québec Aces in 1959-60, he then joined the Muskegon Zephyrs of the International Hockey League / IHL for the 1960-61 season, and during the 1962–63 season, Glaude became the first defenceman in the history of professional Hockey to score 100 points in a single season - 101 points (15 goals).

Glaude was also named to the IHL First All-Star Team in three consecutive years - 1961 to 1963.