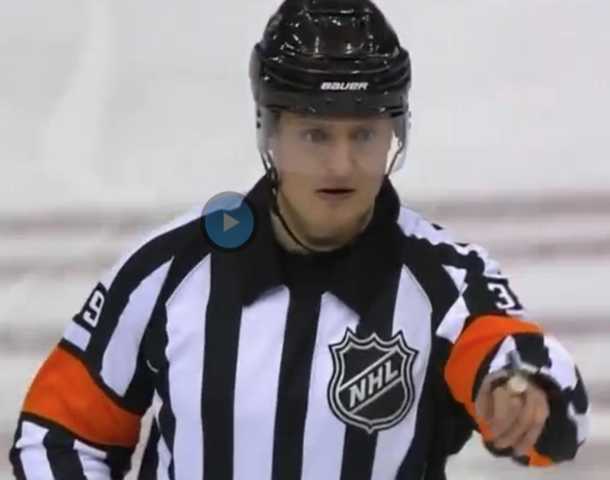 When Romasko moved in between Wings centre Pavel Datsyuk and Edmonton Oilers’ centre Jordan Eberle and dropped the puck to get Monday’s 5-2 Detroit victory at Joe Louis Arena underway, by completing that simple task, Romasko made NHL history.

Romasko had called more than 30 AHL games in November and December 2014 before returning to Russia where he is a KHL referee.

He is among the dozen or so officials in the AHL looking for a possible promotion to the NHL fulltime next season.

Born in Tver, Russia, about 100 miles northeast of Moscow, Romasko worked 295 regular-season and 15 playoff games in the KHL and 32 games in the American Hockey League. He also worked in the 2013 IIHF World Junior Championship and was selected to referee the gold-medal game at the 2013 World Under-18 Championship.

Sweden's Marcus Vinnerborg became the first European referee in the NHL back in 2010 and officiated more than 40 games in the league before retiring in 2012.