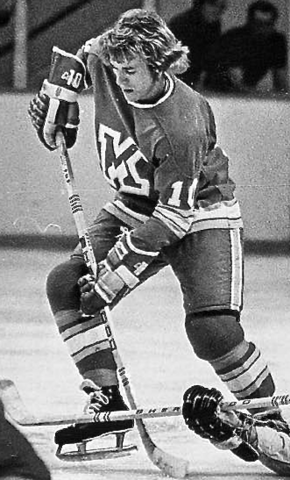 1st NHL game while playing with the Minnesota North Stars on October 7, 1972 vs Montreal Canadiens at the Montreal Forum. 3-0 Montreal.

1st NHL goal while playing with the Atlanta Flames vs Michel Plasse of the Kansas City Scouts on October 18, 1974 at 12:00 of the 1st in a 4-2 victory Flames victory.