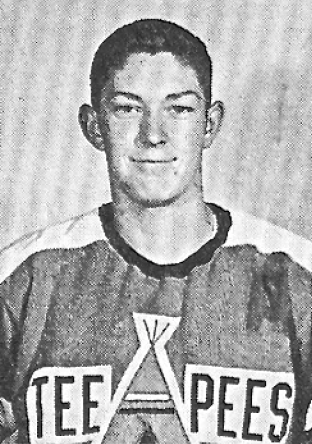 Called up for the 1964–65 season to the NHL Chicago Black Hawks, Stanfield made his NHL debut at Chicago Stadium on October 14, 1964 vs Boston. He played the full season with Chicago, scoring his 1st NHL goal vs Marcel Paille of the New York Rangers at Madison Square Garden. The goal, scored at 18:25 of the 2nd period was the game winner in a 6-1 victory.