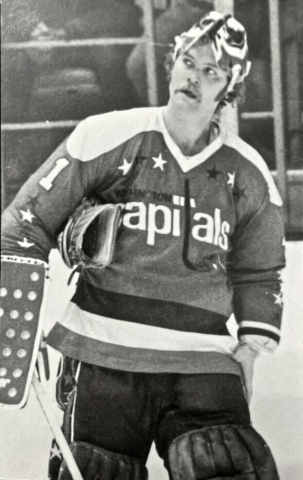 1st NHL shutout on December 27, 1967 playing for Oakland Seals vs Pittsburgh Penguins in a 0-0 tie at Pittsburgh Civic Arena.

According to an interview in the Vancouver Province in 1997. In his first NHL game, Smith left his crease in an attempt to score a goal. He got to the Canadiens' blueline but then JC Tremblay came along. "He nailed me," said Smith. As a result of his tendency to skate past the blue line the NHL introduced a rule preventing the goaltender from being involved in play after crossing the center red line.