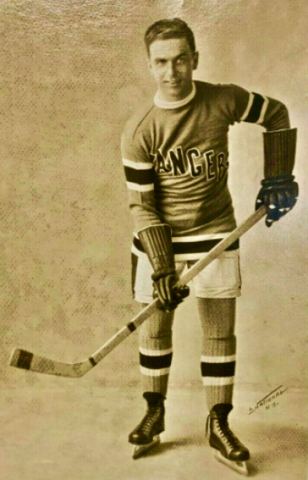 Boyd then joined the Hamilton Tigers at the end of the 1916-17 season, and started the 1917-18 season, scoring 11 goals in just 5 games for the Tigers, but he then started serving in the Royal Flying Corps during World War I for 2 years. He returned to the Tigers for the 1919–20 season, then played a season for the Halifax Wanderers of the Halifax City Hockey League, before returning to Hamilton for one further season with the Tigers in 1921-22.

Boyd then went south, joining the Milwaukee Athletic Club and played for their Hockey team for the 1922-23 season. The following year, he moved to Minneapolis, Minnesota, where he played three seasons of ice Hockey. The Millers had folded their franchise in 1921, and the new team was called the Minneapolis Rockets to start the 1923-24 season. Boyd played 2 seasons with the Rockets, and stayed with the team when they became the Minneapolis Millers again in the newly formed Central Amateur Hockey Association / CAHA/CHA for the 1925-26 season.

In 1926, Boyd was recruited by Conn Smythe for the new New York Rangers team in the National Hockey League. He played two and a half seasons with the Rangers. In the 1927-28 season, manager & coach Lester Patrick put Boyd together with Murray Murdoch and Paul Thompson, who would become one of the best checking lines in the NHL, helping them win the 1928 Stanley Cup championship.

Before the 1929–30 season, the NHL New York Americans claimed Boyd in the intra-league draft. He would play one season with the Americans before retiring.