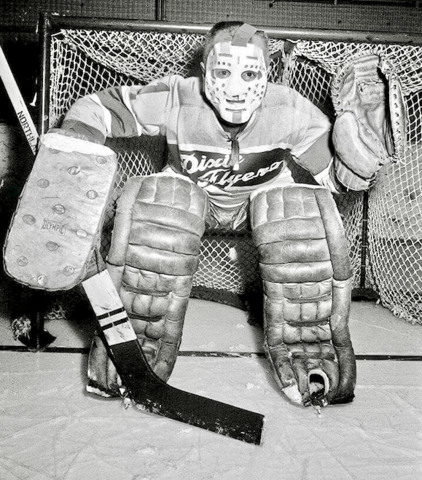 Marv Edwards made his NHL debut with the Pittsburgh Penguins on February 20, 1969 vs Detroit Red Wings at The Olympia in a 3-0 Detroit win.