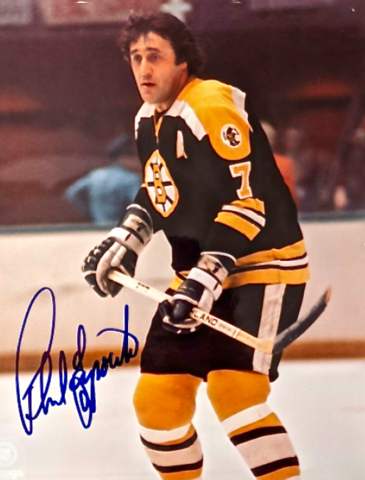 The 1970 season also saw Esposito shatter the single-season mark for shots on goal, tallying 550. Only one other player has come within 100 shots of this record, Alexander Ovechkin in 2008–09, in a season that was four games longer than when it was set.

Phil Esposito was made an Officer of the Order of Canada in 1972.

Won Lou Marsh Trophy as Canadian athlete of the year in 1972.

Phil Esposito was inducted into the Hockey Hall of Fame in 1984.

Phil Esposito was inducted into the Ontario Sports Hall of Fame in 2004.

Statue unveiled in his honour in front of the Tampa Bay Times Forum (now Amalie Arena) on December 31, 2011.