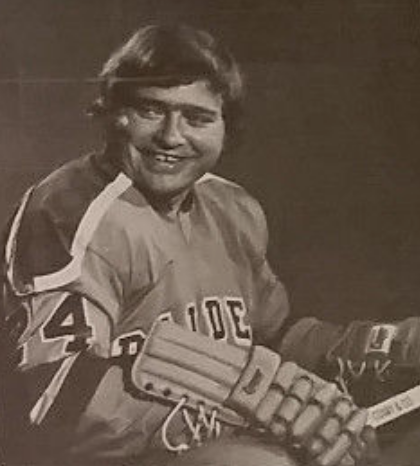 Speer played his junior Hockey with the Ontario Hockey Association / OHA's St. Catharines Teepees, helping them win the J. Ross Robertson Cup as Ontario champs in 1960, the George Richardson Memorial Trophy as Eastern Canada champions, then the 1960 Memorial Cup championship, where he scored 4 goals during the playoffs, including 3 in the final 6 game series vs Calgary. Speer scored the game 2 winner at Maple Leaf Gardens. He played with the Teepees until 1962.

Speer then turned pro with the EPHL Knoxville Knights in 1962, scoring a career high as a professional - 10 goals and 44 assists during the 1962-63 season.

Speer made his NHL debut on October 19, 1967 vs Philadelphia. He scored his 1st NHL goal on November 9 vs Roy Edwards of the Detroit Red Wings at 5:04 of the 1st period at The Olympia Stadium in Detroit. He played 68 games for the expansion Pittsburgh Penguins in 1967-68 season. During his time with the Penguins, he was also the designated team barber, setting up a makeshift barbershop in the wash room of the Penguins' dressing room in the Civic Arena. Speer became a barber at the age of 15 and took over his father's shop in 1967 after his father died.

Speer split the next season between Pittsburgh and the AHL Baltimore Clippers before he was picked by the Boston Bruins in the June, 1969 Intra-League Draft to add team depth.

Speer played 27 games for Boston in the 1969-70 season and helped them win the 1970 Stanley Cup championship by playing a useful checking role in eight playoff games, while also scoring 1 goal in the playoffs. Speer also played 19 games for the WHL Salt Lake Golden Eagles during the season. Speer earned the nickname "The Lindsay Clipper" during his time with the Bruins, and even cut Bobby Orr's hair.

Speer was back in the AHL for the 1970-71 season with the Hershey Bears, and then Boston traded him to the Providence Reds for cash in February, 1971. Speer helped Providence reach the 1971 Calder Cup finals and played for the Reds until 1972.

Speer was then selected by WHA New York Raiders in the 1972 WHA General Player Draft, February 12, 1972, and played 69 games in a Raiders jersey.

Speer finished his pro Hockey career with the WHA New York/New Jersey Knights in the 1973-74 season, and then spent 13 games with the senior Orillia Terriers in 1974-75 before retiring.

After his playing days were over, some of his former teammates would visit his barber shop in Lindsey, Ontario from time to time.