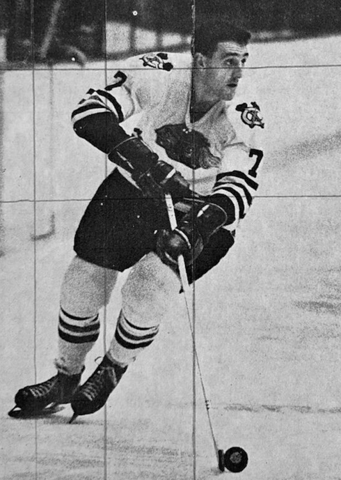 All-time leader (tied with Jaromír Jágr) in game-winning goals with 118.

Esposito, along with brother Tony represented Canada at the 1972 Summit Series vs the Soviet Union. Phil finished with 13 points (7 goals) leading all players, as Canada won the tournament in 8 games. Phil also had a emotional speech after game 4 loss in Vancouver, which many consider the series turning point.

Phil Esposito was inducted into the Hockey Hall of Fame in 1984.

Phil Esposito was inducted into the Ontario Sports Hall of Fame in 2004.

Phil and Tony Esposito were inducted in 2007 into the Sault Ste Marie Walk of Fame.

Phil Esposito was inducted into the Florida Sports Hall of Fame in 2016.

Phil Esposito won Lou Marsh Trophy as Canadian athlete of the year in 1972.

A statue was unveiled in his honour in front of the Tampa Bay Lightning home arena (Tampa Bay Times Forum and/or Amalie Arena) on December 31, 2011.

On December 3, 1987, his #7 jersey was retired by the Boston Bruins in an emotional ceremony where the then-current wearer, Bruins captain and star defenceman Ray Bourque, pulled off his #7 jersey to reveal his new number, 77 - dramatically "surrendering" his old number in Esposito's favour (coincidentally, Esposito wore #77 with the New York Rangers, because #7 was already being worn by Rod Gilbert). Esposito was "visibly moved" when Bourque showed the Boston Garden crowd his new number, which he used for the rest of his career. Esposito was also on hand in Boston to hand Bourque his retired number after the latter retired.

Esposito founded the NHL's Tampa Bay Lightning, playing their 1st NHL game on October 7, 1992 and serving as the team's president and general manager until 1998.

Esposito signed Manon Rhéaume , who became the first woman to play in an NHL game, which also made her the first woman to play in any of the major professional North American sports leagues. She played the 1st period for the Lightning against the St. Louis Blues, and stopped seven of nine shots during a pre-season game on September 23, 1992. She also appears in one period of a preseason game against the Boston Bruins in 1993.