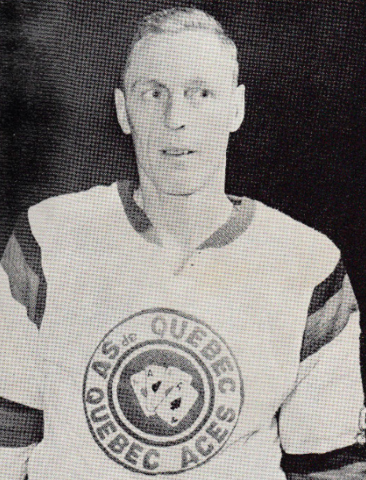 Hoekstra played junior Hockey for the St Catharines TeePees from 1954 to 1958 in the Ontario Hockey Association / OHA. In the 1957-58 season, he led the OHA with 58 assists.

Hoekstra then turned pro, playing his first season in the Quebec Hockey League / QHL with the Trois-Rivieres Lions for the 1958-59 season. He was named the 1959 winner of the William Northey Trophy as the top rookie in the QHL.

The New York Rangers claimed his rights from the Chicago Black Hawks, and then traded him to the Cleveland Barons (AHL) with Aldo Guidolin for Art Stratton with NY Rangers holding right of recall, June, 1959. Hoekstra played the 1959-60 season in Cleveland, scoring 20 goals, 38 assists in his first American Hockey League / AHL season.

Hoekstra then played for almost 2 full seasons in the Eastern Professional Hockey League with the Kitchener-Waterloo Beavers, before signing with the AHL Quebec Aces late in the spring of 1962, where he played for the 4 years.

Quebec loaned Hoekstra to the California Seals of the Western Hockey League / WHL for the loan of Jean-Guy Morissette, January, 1967. Hoekstra had his NHL rights transferred to the Philadelphia Flyers after the NHL club purchased the Quebec Aces franchise, May 8, 1967, as they prepared for their inaugural NHL season in 1967-68.

Hoekstra played for the Flyers during their first NHL season, and the NHL rookie scored 15 goals, 21 assists in what would be his only NHL playing experience.

Hoekstra was then claimed by the WHL Denver Spurs from Philadelphia in a Reverse Draft, June 13, 1968, and would play in Denver until he was traded to the AHL Springfield Kings for Jimmy Peters Jr. December, 1970.

Hoekstra was then selected by the World Hockey Association / WHA Houston Aeros in 1972 WHA General Player Draft, February 13, 1972, and played in Houston for one-and-a half seasons, Hoekstra scored 13 goals and 28 assists in 97 games.

1973-74 was his last season, split between the Aeros, the Macon Whoopee, and the AHL Jacksonville Barons.