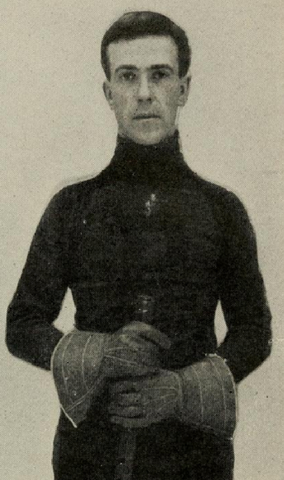 Spittal was notable as an amateur and professional ice Hockey player. He was a member of the March, 1903 Ottawa Silver Seven Stanley Cup champions.

Spittal was one of the first players to play professionally, in Pittsburgh with the Pittsburgh Victorias & Pittsburgh Professionals. He also played for the Soo, in Sault Ste. Marie, Ontario.

The son of Alexander Spittal and Margaret Moodie. He was educated in Ottawa public schools and the Collegiate Institute. As a youth, he was a competitive cyclist, lacrosse player and ice Hockey player. He also was an accomplished marksman with a rifle, competing regularly in competitions from his youth until his death. Spitall later joined the Canadian Army, rising to the title of Lieutenant-Colonel. He served during World War I in Europe. He married Helen Taylor and they had a son Taylor Spittal.

Spittal started his senior Hockey career with the Ottawa Hockey Club in 1897. He played two full seasons with the club, but was demoted to a spare position in the 1899 season. He played an average of one game per season with Ottawa, playing with other teams, such as Ottawa's second team in the intermediate division. Spittal played one game with Ottawa in the 1903 season but played the majority of the season with the professional Pittsburgh Victorias of the Western Professional Hockey League (WPHL), which was made up of other Ottawa ice Hockey players. He did not play in the Stanley Cup playoff with the Montreal Victorias or the challenge by the Rat Portage Thistles.

In 1906, Spittal returned to Ottawa, playing two games with the team in the 1906–07 season, as well as Pembroke of the Upper Ottawa Valley Hockey League (UOVHL).

Spittal was twice arrested for on-ice behaviour. In January 1907, in a game between the Ottawa Hockey Club and the Montreal Wanderers in Montreal, Spittal clubbed down Wanderers Cecil Blachford with a vicious blow the head. His teammates Alf and Harry Smith also clubbed down Hod Stuart and Moose Johnson respectively, and when the Ottawa team returned to Montreal two weeks later all three Ottawa players were arrested by police. Harry Smith were acquitted while Spittal and Alf Smith were each fined $20.

In January 1908, Spittal was again placed into custody for knocking out Pembroke player Oren Frood with a blow to the head, while playing for Renfrew Creamery Kings of the Upper Ottawa Valley Hockey League.

In 1908 Spittal played his final games with the Renfrew Creamery Kings team of the UOVHL to end his ice Hockey playing days.