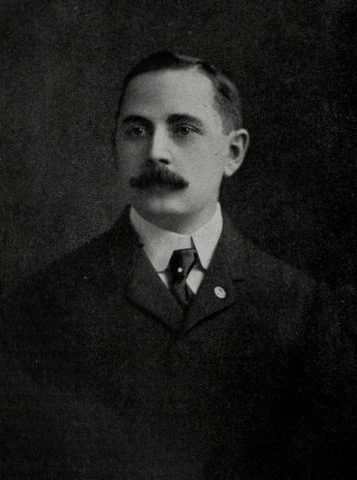 Andrew McSwigan, Arthur Sixsmith and the manager of the Duquesne Gardens, James Wallace Conant formally established the semi-professional Western Pennsylvania Hockey League / W.P.H.L. in 1901, but had already decided to start the league in 1900.

The Hockey games were played at the Duquesne Gardens, the second artificial ice rink to be built in North America.

The Pittsburgh Bankers, Pittsburgh Athletic Club, Pittsburgh Duquesne and Pittsburgh Keystones would be the four teams in the league’s inaugural season.

Until the 1903-04 season, the winner of the Western Pennsylvania Hockey League championship played the Portage Lakes Hockey Club from Houghton, Michigan,
for what was referred to as “The Championship of the United States,” presumably because they were the only elite-level senior teams playing in the United States at that time.

In the fall of 1903, James R. Dee of Houghton wrote to Pittsburgh to initiate discussion on the formation of a national Hockey association. By the fall of
1904 with the possible inclusion of a team from the Canadian Soo, the Sault Ste. Marie Evening News reported that the proposed league would “adopt the name ‘International’ or something of similar significance.”

In 1904, the International Hockey League / I.H.L. would be formed, and The Portage Lakes Hockey Club would be the flagship team and would be joined by a club from Pittsburgh, which would disband the Western Pennsylvania Hockey League in order to enter a team in the new professional Hockey circuit.

At a meeting held on November 5, 1904, prominent business leaders from Pittsburgh, the Canadian Soo, and northern Michigan considered franchises for a number of cities including Montreal, Detroit, Chicago, Minneapolis, St. Paul, Milwaukee, Grand Rapids, and Duluth. Eventually, the league accepted teams from Houghton, Pittsburgh, the two Sault Ste. Marie Soos (Canadian Soo & American Soo) and Calumet, the nearby civic rival of Houghton. In addition, a revenue sharing plan suggested by the Canadian Soo—that gate receipts be divided in a 60-40, home-visitor split—was adopted by the league.

The league would officially be called the International Professional Hockey League.

Andrew Stephen McSwigan was the President of the International Professional Hockey League.