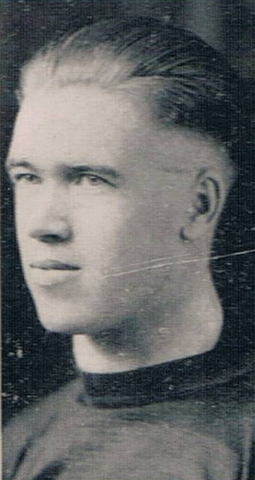 Pudas was the first Finnish-born Hockey player in the National Hockey League and possibly in North America.

Pudas played 4 games in the NHL for the Toronto St. Patricks. His position was Left Wing.

Pudas made his NHL debut on December 30, 1926 vs the Boston Bruins, where the St. Pats would win the game 4 to 1 at Mutual Street Arena.

January 4, 1927, Pudas played his 3rd game, a 2 to 1 victory vs the Detroit Cougars at Border Cities Arena in Windsor, Ontario.

January 8, 1927, Pudas would play his final game in the NHL, a 3 to 1 victory vs the New York Americans at Mutual Street Arena.

Pudas was held pointless in all 4 games.

Pudas was sent back down to the St. Pats farm team, the Windsor Hornets on January 10, 1927.