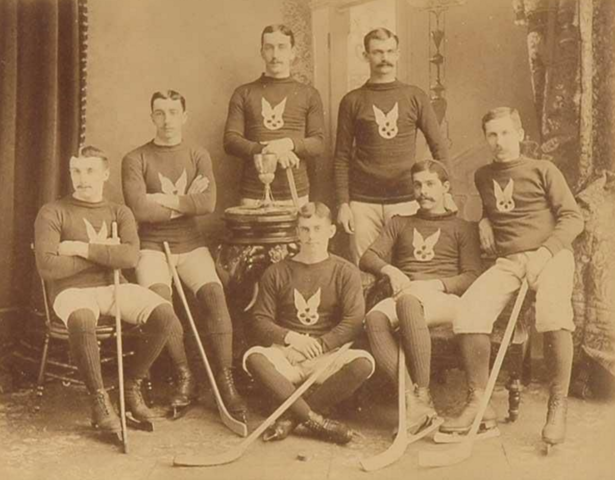 The 1888 AHAC season was the second season of the Amateur Hockey Association of Canada. Play was in a series format. The Montreal Hockey Club would win a playoff against the Montreal Victorias to win the Canadian championship for the first time.

The playing of the game was tarnished with some scandal. The AHAC council convened to set the date of the playoff. Two players for the Victorias, Ashe and J. J. Arnton Jr. were injured, and the council set the date for the playoff before the players were recovered.

The deciding vote for the date was cast by James Stewart, who played for the Montreal HC team. Hodgson of Montreal scored the first goal at 4½ minutes, followed two minutes by a goal of Campbell for the Vics. 5½ minutes later Hodgson lifted a shot past Arnton in the Vic's goal to put Montreal ahead to stay. The Vics protested that the goal was off-side to no avail. There was no more scoring in the match. The Montreal Daily Herald reporter praised referee Hamilton of the McGill Club, noting that both side broke the off-side rule often.