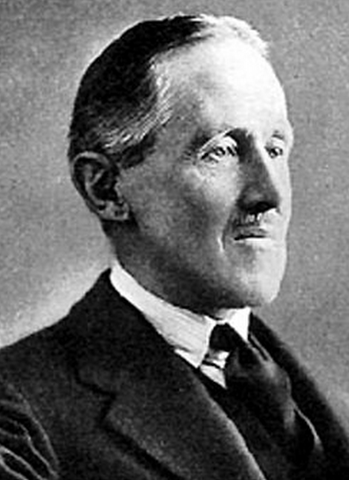 Patton was a founding member of the Ligue Iinternational de Hockey sur Glace (now called International Ice Hockey Federation - IIHF) in 1908, but was not present on May 15-16, 1908 at the home of Louis Magnus where the original document was signed. Patton, representing Great Britain became a member on November 11, 1908, and was appointed Vice President on January 9, 1910. Patton served as Vice President in between 1910/11, 1913/14 and again in 1923/24, as well as a brief spell as President in 1914.

Patton was the inaugural president of the British Ice Hockey Association (BIHA) in 1914, a position he held until 1934 when he was succeeded by Philip Vassar Hunter CBE.

Patton started a form of ice Hockey in 1897 at the newly opened Princes Ice Rink, a 210 x 52 foot ice pad at the Prince's Skating Club where he formed the Princes Ice Hockey Club.

In 1902 with the help of some Canadian expats, he established a more recognisable form of ice Hockey at the club, using a puck instead of a ball and long flat bladed sticks.

In 1903 he formed and became president of a five team league, the first league in Great Britain or Europe. On January 25, 1904 he played in the first game in Europe when Princes played a local team in Lyons which Princes won 2–0.

Princes, with Patton as their captain, played in the first European tournament in October 1908 which was held in Berlin. In 1910, Patton led the Princes team to the gold medal as they represented Great Britain at the inaugural European ice Hockey championships. Both before and after the First World War, Patton led the Princes team in many European tournaments, this included a silver medal finish at the 1913 championships held in St. Moritz, Switzerland.

Patton was again a member of the Great Britain team at the 1924 Winter Olympics. However, he was the substitute Goaltender at the tournament and did not see any ice time.

Patton made his final appearance for the national team on 4 April 1930 when he was 54-years-old, in a 2-2 draw with France at the Golders Green rink in London.

Patton finally hung up his skates and goalie pads following a 4-0 defeat for the London Lions on October 13, 1931.

After retiring from playing, Patton was elected as vice-president to first Streatham and then Wembley Lions in 1934. He was president of the short-lived team, Public Schools Ice Hockey Club.

He presented two trophies in his name — the Patton Cup — one which has been played for since 1927 in the Ice Hockey Varsity Match between the Cambridge and Oxford University Ice Hockey Clubs and the other which was awarded to the winners of the first British Championship from 1930 following the formation of the English National League.

In October 1936 Patton wrote the book 'Ice Hockey' which chronicled the early years of the sport in Great Britain.

Away from ice Hockey, Peter Patton also won prizes for ice dancing and over 300 awards for canoeing and punting during a twenty-year period, mainly on the River Thames at Cookham where he resided for many years. He was also a keen skier and one of the founder members of the International Bobsleigh Association in 1923.

Patton served with the 3rd Somerset Regiment and gained the rank of Major with attachments to the Royal Army Service Corps. During the First World War, Patton served in France between September 1914 and May 1916. He was also attached to the Serbian Army and was awarded their Order of the White Eagle.

In July 1919 after returning home from the war, Patton was attached to the Serbs working in historical records of motor units. Patton retired from the army in 1921.