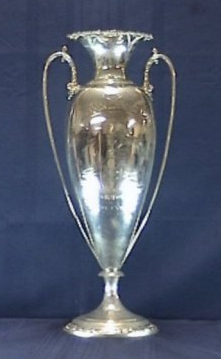 The Savage Cup is the trophy that is awarded to British Columbia’s Senior Ice Hockey Champions.

At the outset, the competition was between the winners of the Vancouver and Victoria leagues, but the trophy soon became the true representation of the amateur Hockey championship of British Columbia.