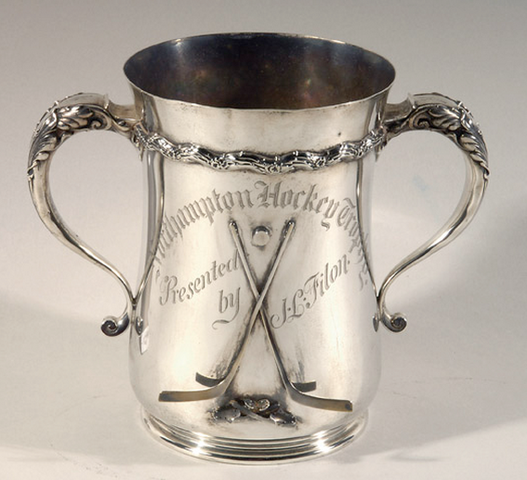 The Baltimore Hockey League played for the Northampton Hockey Trophy.

The trophy is made of sterling silver and was crafted and stamped on the bottom by the Baltimore silversmiths "Sterling" by "Hennegen, Bates, & Co."

Engraved on the front of the trophy.
Northampton Hockey Trophy
Presented by J. L. Filon

Engraved on the back of the trophy.
Won in '96. '97. by U. of MD. Hockey Team
M.Morris Whitehurst Capt.. J.Herbert Whitehurst

The Northhampton Cup as it was known, was first awarded on March 22, 1897 to the University of Maryland, being playoff champions of the Baltimore Hockey League.