Charles Darwin Played Ice Hockey in Shrewsbury during the 1820s 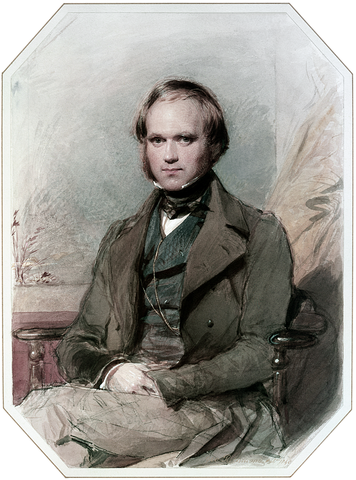 Charles Darwin was playing Hockey with his school chums on the frozen River Severn in Shrewsbury in the 1820s, a passion Mr. Darwin recalled in a letter dated 1 March, 1853, Darwin writes to his son, William Erasmus Darwin, who has gone to Shrewsbury School where the father of evolutionary theory had been a pupil:

“My dear old Willy,” the naturalist wrote. “Have you got a pretty good pond to skate on? I used to be very fond of playing Hocky on the ice in skates…

Charles Darwin attended the school as a border between 1818 to 1825.

The letter in question is to Darwin’s eldest son William, who was then about fourteen years old and away at Shrewsbury School. It would have been a very late spring, because Darwin mentions Hockey in reference to William’s younger brother George “sliding”: “Georgy has learnt to slide & enjoys it very much, & goes down by himself to the village-pond: but this day’s heavy snow will stop sliding & your skating. Have you got a pretty good pond to skate on? I used to be very fond of playing at Hocky on the ice in skates.”

Samuel Butler was headmaster at Shrewsbury School between 1798 and 1836.