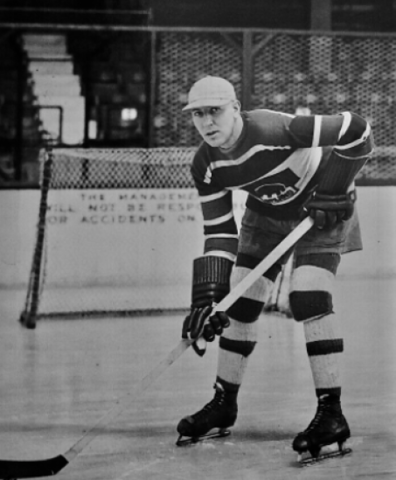 Herbert was a original member of the Boston Bruins, signing as a free agent on November 2, 1924, making his NHL debut on December 1, 1924 vs the Montreal Maroons at Boston Arena (Matthews Arena), the very 1st NHL game played in Boston, as the Bruins won 2-1.

On December 21, 1927 Herbert was Traded by the Boston Bruins to the Toronto Maple Leafs for Cash and Eric Pettinger. He played 26 games for the Maple Leafs.

He was traded by Toronto to the NHL Detroit Cougars for Cash and Jack Arbour on April 8, 1928.

He later played in the International Hockey League / IHL for the London Panthers, Detroit Olympics, Syracuse Stars and Windsor Bulldogs before retiring at the start of the 1932-33 season.

He would become a referee in the Maritime League, then traveled to England, refereeing in the British Ice Hockey Association / BIHA.