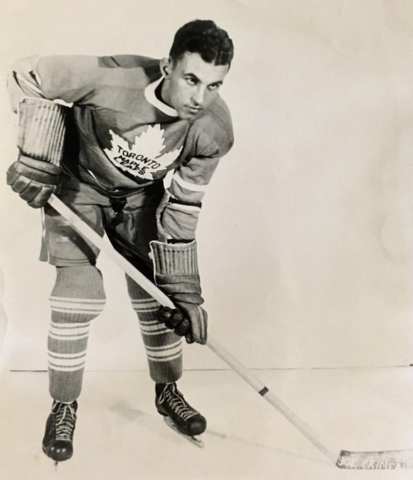 After the war he switched to coaching the junior ranks with the St. Michael’s Majors and captured two Memorial Cup championships in 1945 & 1947. Some of his notable protégés were Ed Sandford, Jimmy Thomson, Gus Mortson and Red Kelly. Kelly of course went on to become one of the top forwards in Maple Leaf history.