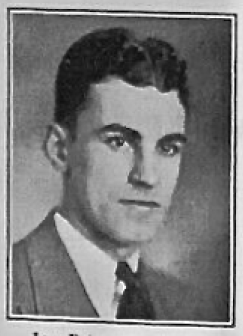 Primeau made his NHL debut with the Maple Leafs on November 19, 1927 vs Chicago Black Hawks at Arena Gardens in a 4-2 Toronto victory.

Primeau became a full-time member of the Maple Leafs for the 1929–30 season, scoring his 1st NHL goal vs Bill Beveridge of the Detroit Cougars on November 30, 1929 at 11:15 of the 1st at Arena Gardens. The goal was the game winner in a 1-0 Toronto victory.

Primeau's breakthrough moment came in December 1929, when the 23-year-old Primeau replaced Eric Pettinger on the top line. An injury forced left-winger Baldy Cotton to remain in Toronto while the team travelled to Chicago, 18-year-old Busher Jackson joined Primeau and another youngster, Charlie Conacher, on the top line. The Leafs won 4–3. The Kid Line was born.

After the war he switched to coaching the junior ranks with the St. Michael’s Majors and captured two Memorial Cup championships in 1945 & 1947. Some of his notable protégés were Ed Sandford, Jimmy Thomson, Gus Mortson and Red Kelly. Kelly of course went on to become one of the top forwards in Maple Leafs history.

Primeau won at every level he coached and owns the distinction of being the only coach to stand behind the bench of the winning team at the Memorial Cup, Allan Cup and Stanley Cup.