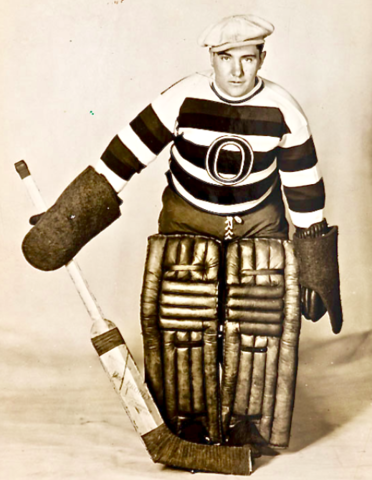 Ironstone first played senior Hockey in 1921 with the Sudbury Wolves of the Northern Ontario Hockey Association / NOHA. He played three seasons with the Wolves before joining the Ottawa Senators for the 1924–25 season. Ironstone was the back-up goaltender for the season, and did not see any game action.

In 1925–26, Ironstone played for the new New York Americans expansion team of the NHL, but was mostly the backup. He played in one game and allowed 3 goals in 40 minutes, but did not get the decision, becoming the second Jewish player to play in the NHL, after Sam Rothschild; it was his only game of the season.

He joined the Niagara Falls Cataracts of the Canadian Professional Hockey League / Can-Pro minor league team for the 1926–27 season, playing there until being traded to the Toronto Ravinas half way through the 1927-28 season.

While playing with the Ravinas, he was called up to play for the Toronto Maple Leafs of the NHL. He played one game, a 0–0 tie that went to 10 minutes of overtime. Ironstone asked for double the contract rate for the game, an offer which was accepted by the Maple Leafs' owner Conn Smythe. However, Smythe informed Ironstone that would be the last game he would ever play in the NHL, which ultimately was the case.

He returned to the Can-Pro league, playing for the London Panthers in 1928–29, Kitchener Flying Dutchmen in 1929-30
and then played for the Guelph Maple Leafs and Syracuse Stars until 1931, when he retired from Hockey temporarily. He returned to Hockey when he moved back to Sudbury in 1933, playing for the Sudbury Legionnaires, Falconbridge Falcons, and finally, the Sudbury Wolves, returning to the team he started professionally with.