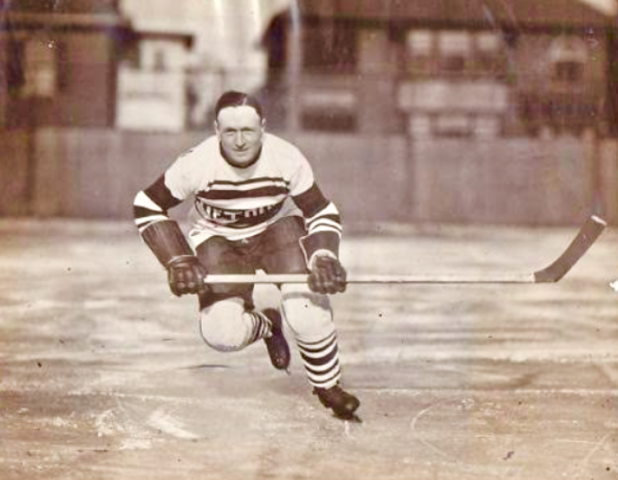 Victoria would play the Montreal Canadiens in the Stanley Cup finals, with Loughlin scoring 1 goal in game 4, the final goal of the series in a 6-1 victory, as Victoria won the series 3 games to 1 to become 1925 Stanley Cup Champions.

NOTE - Loughlin's goal in the 1925 Stanley Cup finals, was the very last goal ever scored on Hall of Fame goaltender Georges Vézina.

The WCHL was never particularly stable. A major factor weakening the league's long term prospects for success was the lack of any teams in Winnipeg, then by far the largest city in the Prairies, and the league dissolved after the season. In the spring of 1926, a group of businessmen from Detroit won an NHL expansion franchise and bought the rights to many of the players from the Stanley Cup finalist Cougars on May 15. The new NHL franchise would retain the nickname "Cougars" in tribute. The Detroit Cougars would later be renamed the Detroit Falcons in 1930, and would ultimately be renamed the Detroit Red Wings in 1932.

Loughlin was one of the new Detroit Cougars, and he would play in Detroit for the next 2 seasons. The first year, the 1926-27 season, was played at Border Cities Arena (Windsor, Ontario) across the river from Detroit, while the Olympia Stadium was being constructed. Clem played his 1st NHL game on November 18, 1926 vs the Boston Bruins. He scored his 1st NHL goal vs Jake Forbes of the New York Americans on November 27th at 4:20 of the 1st period, and got the only assist on the winning goal by Frank Foyston in the 3rd period in a 4-2 victory for Detroit.

Two months into that first NHL season, Clem was elected to become the first captain in Detroit NHL history. The next season Clem would play in the first Hockey game at the new Detroit Olympia Stadium on November 22, 1927. The Olympia would later become known as “The Old Red Barn.” to Detroit Hockey fans.