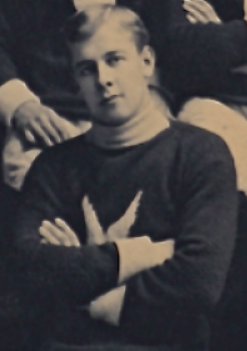 The 1902 CAHL season was the fourth season of the league. Teams played an eight game schedule. The Montreal Hockey Club / HC were the league champion with a record of six wins and two losses.

Hooper would score nine goals against the Montreal Shamrocks on January 5, on his way to winning the scoring title.

After the Montreal HC won the 1902 CAHL title in March, they promptly sent a Stanley Cup challenge to the Winnipeg Victorias.

With the victory, the Montreal Hockey Club won the Stanley Cup for the first time since 1894 and were nicknamed the "Little Men of Iron"

The 1904 CAHL season would be Hooper's last. He played five games and scored six goals, but was injured when he was hit on the head by a Hockey puck and he never fully recovered. Hooper is believed to be the first ice Hockey player to die from a Hockey-related injury.