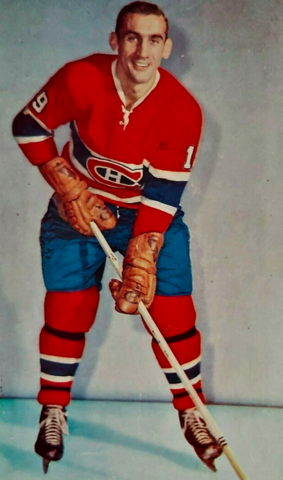 Fontinato played two years with the local Guelph Biltmore Mad Hatters of the OHA where formed a formidable tandem with Harry Howell. In 1952 they won the J. Ross Robertson Cup as Ontario champions, then hammered the Regina Pats to win the Memorial Cup championship in 4 straight games. During his amateur days, Fontinato's temper became legendary and he became known as "Leapin' Louie" as a result of his elaborate protests when he was called for a penalty. In addition to Fontinato and Howell, the Guelph team boasted such future stars as Andy Bathgate and Dean Prentice.

After junior Fontinato played most of his first three pro seasons with the WHL's Vancouver Canucks (1952 to 1954) and split the 1954-55 season with the Saskatoon Quakers and the NHL New York Rangers, making his NHL debut on October 27, 1954 vs Detroit Red Wings at Madison Square Garden in a 5-2 Rangers win. He played 28 games for the Rangers that season.

Fontinato scored his 1st NHL vs Terry Sawchuk of the Detroit Red Wings on March 6, 1955 at 13:41 of the 2nd period at Madison Square Garden in a 2-1 Detroit win.