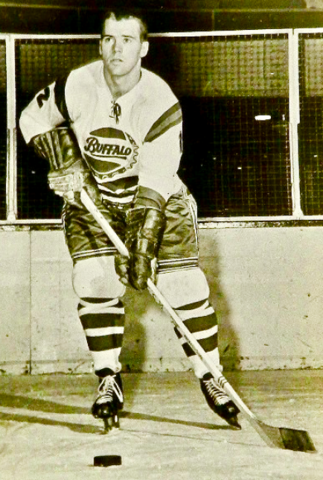 Dea made his NHL debut with the New York Rangers on October 8, 1953 vs the Detroit Red Wings at The Olympia in a 4-1 Detroit win.

After playing in the National Hockey League with New York, Detroit and Chicago, Dea made his AHL debut with the Buffalo Bisons on Oct. 8, 1958. Over the next eight seasons, Dea played in every single one of the Bisons’ contests, breaking Bill Needham’s league ironman record on Christmas night in 1965. Dea finally missed a game on Feb. 12, 1966, ending the streak at an amazing 548 straight (plus 48 more in the playoffs) – a mark that may never be broken.