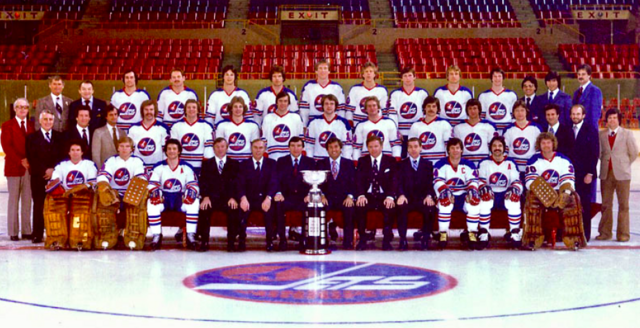 NOTE
Bobby Hull played only 4 regular games all season, but is still considered to be a part of the team, and he is on official rosters of this championship team, but was not present when this team photo was taken.