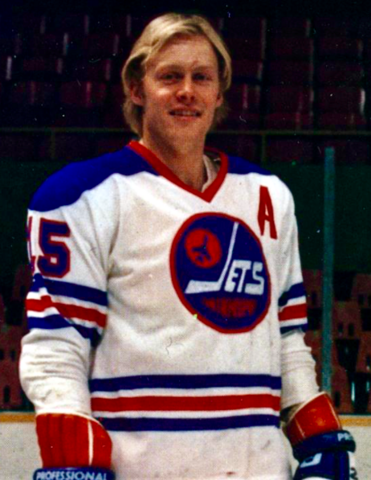 Hedberg signed with the New York Rangers for the 1978-79 season, making his NHL debut on October 12, 1978 vs Philadelphia Flyers at Madison Square Garden in a 3-3 tie.

Hedberg scored his 1st NHL goal vs Doug Favell of the Colorado Rockies on October 15, 1978 at 19:47 of the 3rd period in a 4-1 Rangers win at Madison Square Garden.

Anders Hedberg is a Honoured Member of the Manitoba Hockey Hall of Fame, inducted in 1992

Anders Hedberg was inducted into the IIHF Hall of Fame in 1997.

Anders Hedberg is a inaugural member of the World Hockey Association Hall of Fame.