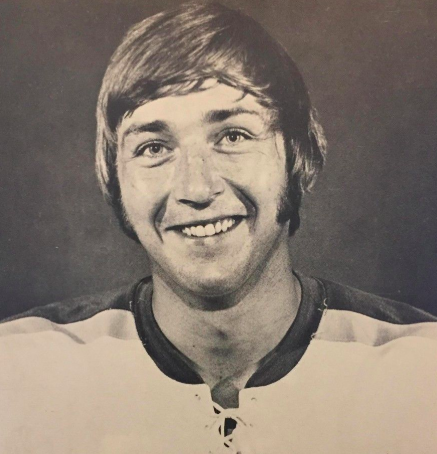 Lorentz then joined the Niagara Falls Flyers, helping the Flyers win the 1965 Memorial Cup. He had a very strong season with the Flyers in the 1966-67 season, scoring 33 goals, 59 assists.

Lorentz turned pro with the Oklahoma City Blazers of the Central Hockey League / CHL in 1967-68, and was named CHL rookie of the year, winning the Ken McKenzie Trophy in his first season. In his second year in Oklahoma, Lorentz was now an all star who led the league in scoring, winning the Phil Esposito Trophy, and also won the 1968-69 Tommy Ivan Trophy as the leagues Most Valuable Player Award.

The Boston Bruins has his NHL rights, and he got a 11 game call-up during the season, scoring 1 goal, 3 assists. The Bruins liked Lorentz, and he made the team on a full time basis for the 1969-70 season. The Bruins were a very strong team, and Lorentz and was shuffled around from center ice and to the wing. In his rookie season with the Bruins, Lorentz won the 1970 Stanley Cup championship, scoring 1 goal in the playoffs.

The Bruins traded Lorentz in the off season to the St. Louis Blues in exchange for the Blues first pick in the 1970 Amateur Draft (the pick was used to select Ron Plumb). He played the 1970-71 season with St. Louis before splitting the 1971-72 season between the Blues, the New York Rangers and then the Buffalo Sabres.

Lorentz found a home in Buffalo, and he would play there for the next six seasons, and enjoyed his best seasons in a Sabre uniform, recording a career-high 27 goals in 1972-73 season and a personal-best 70 points in 1974-75 season, the same year he helped Buffalo reach the Stanley Cup Finals.

In 1975, during game three of the 1975 Stanley Cup Finals against the Philadelphia Flyers at the Memorial Auditorium, Lorentz earned the nickname "Batman" when he swatted a bat out of mid-air with his stick. During the 1975 playoffs, Lorentz scored 6 goals, 4 assists in 16 playoff games.

After He stopped playing Hockey with the Sabres, Lorentz served as the play by play announcer for the Sabres, and later as a color commentator. On September 25, 2007, he announced his retirement after 26 years as a broadcaster with the team.

Jim Lorentz was inducted to the Buffalo Sabres Hall of Fame on February 9, 2010