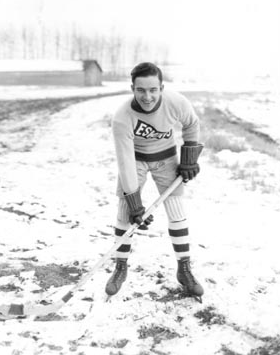 Gagné started his professional ice Hockey career with the Edmonton Eskimos of the Western Canada Hockey League in 1921. In 1926, he moved to the Montreal Canadiens of the National Hockey League. He also played with the Regina Capitals, Detroit Olympics, Detroit Falcons, Boston Bruins and Ottawa Senators.