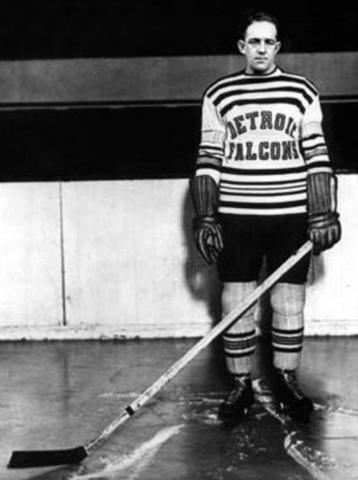 Gagné played his minor Hockey in his hometown of Ottawa and suited up for various teams in the Ottawa City Hockey League / OCHL from 1914 to 1917 including the Ottawa Aberdeens, the Ottawa Royal Canadians and the Ottawa Grand Trunks, while also playing for Laval University in 1915-16.

In 1920-21 Gagne ventured west and landed in Edmonton where he played for the Eskimos of the Big-4 league. The following year he signed with the Eskimos who helped found the new Western Canada Hockey League / WCHL, and was a member of the 1923 WCHL championship team that challenged the Ottawa Senators in the 1923 Stanley Cup final, losing 2 to 1 (OT) and 1 to 0 in a best of 3.

In October, 1923 he was traded to the WCHL Regina Capitals for Emory Sparrow and $1,500. He moved with the club when the franchise transferred to Portland in September, 1925 and he was soon traded back to Edmonton with Eddie Shore for Joe McCormick and Bob Trapp in October, 1925.

Gagné had a breakout year for the Eskimos, now in the Western Hockey League / WHL, scoring 35 goals and 10 assists in 24 games, and then was traded to the Montreal Canadiens for cash in October, 1926.

Gagné played in 44 games, contributing 14 goals and 17 points on a powerhouse team that included such stars as; Howie Morenz and Aurel Joliat. Gagné scored 20 goals in Montreal the next season, and 7 goals in the 1928-29 season before being traded to the Boston Bruins for cash in May, 1929. His tenure with the Bruins lasted all of six games before he was traded to the Ottawa Senators for cash in December, 1929, playing 2 seasons in Ottawa.

Gagné played his final 13 NHL games for the Detroit Falcons, when they acquired him in the NHL Dispersal Draft, September 26, 1931.