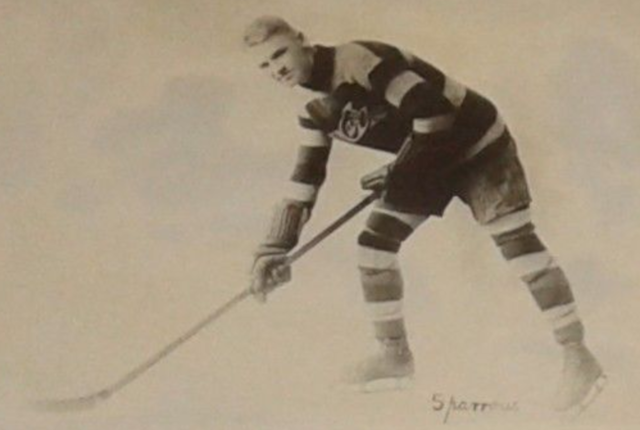 Sparrow played all his junior and senior Hockey in Winnipeg, including the St. John's College Hockey Team in 1913, the Winnipegs in 1914 and the 1916 Allan Cup champions Winnipeg 61st Battalion, while also serving with the Canadian armed forces in World War I.

Sparrow joined the Western Canada Hockey League / WCHL Regina Capitals in 1921, playing 3 seasons there, and was traded to the Edmonton Eskimos of the WCHL by Regina with $1,500 for Art Gagne, October 3, 1923.

Sparrow was traded to the Calgary Tigers / WCHL by Edmonton with Hal Winkler for cash, August 28, 1924, and then loaned to the Boston Bruins by Calgary for cash, December 8, 1924. Sparrow played 6 games for the Bruins, and was returned to Calgary from Boston after breaking training rules, January 5, 1925.

Sparrow then made the jump to the American Hockey Association / AHA, when Calgary traded his rights for cash to the Minneapolis Millers on October 13, 1927. His playing days were short lived in the AHL, as Sparrow was suspended for life by the AHA for assaulting referee Moose Goheen with his stick, December 28, 1927, then returning to the PrHL to finish the season with the Regina Capitals.

Sparrow would finish off his Hockey career with the Philadelphia Arrows of the Canadian-American Hockey League / Can-Am in 1928-29.