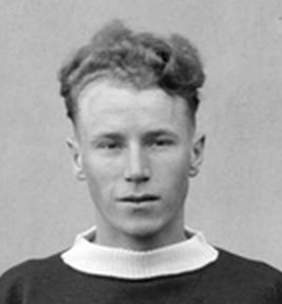 Pettinger is one of only ten players in Stanley Cup history to win the Cup with three teams.

Pettinger turned pro with the Vancouver Lions of the NWHL in 1930-31. He stayed on for one season and then, having signed as a free agent with the New York Rangers' organization, went east to skate for the Bronx Tigers of the Canadian-American Hockey League / Can-Am league. After a successful campaign with the club, he switched to the Springfield Indians in 1932-33 before stepping up to join the Rangers for the second half of the season plus the playoffs. Pettinger's timing was perfect. The Rangers would play the Toronto Maple Leafs in the 1933 Stanley Cup finals, winning the championship 3 games to 1.

Before the start of the 1933-34 campaign, Pettinger's rights were sold to the Detroit Red Wings. Over the three seasons that followed, Pettinger split his time between the minors (Detroit Olympics & London Tecumsehs) and the Red Wings. The good news is that he tended to be around whenever the Red Wings entered the playoffs. In the post-season of 1935-36, he scored 2 goals and 2 assists in seven games to help his team defeat the Toronto Maple Leafs in the Stanley Cup championship.

Shortly after the start of the 1937-38 campaign, Pettinger was traded to the Boston Bruins where he had his best offensive output in the 1938-39 season, netting 25 points in 48 games plus a return trip to the Stanley Cup finals where his team defeated the Maple Leafs to win the 1939 Stanley Cup championship. The win was Pettinger's fourth and final Stanley Cup victory.

Pettinger played part of the 1939-40 season with the Bruins and then left the NHL for good to pursue a minor league career with the Hershey Bears of the AHL from 1940 to 1945, and the Regina Capitals of the WCSHL where he retired in 1945-46 season.