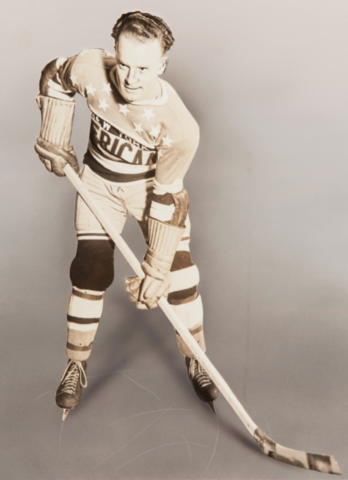 McVeigh was nicknamed Rabbit by Pete Muldoon of the Portland Rosebuds in 1925 after he was charged at wildly by an opponent, but the little forward hopped over the enemy and moved in on goal. Muldoon declared then and there that McVeigh was going to be called Rabbit.

McVeigh's rights were transferred to the Chicago Black Hawks after the NHL team purchased the Portland franchise on May 15, 1926. In 1926-27, McVeigh scored 12 goals when partnered with Cully Wilson and Mickey Mackay. Dick Irvin, Mickey MacKay, George Hay and Rabbit McVeigh were the cornerstone of the Chicago franchise. He played one more year in Chicago before he was traded to the New York Americans for Alex McKinnon.

McVeigh played all three forward positions on the top line for the Americans, though is most often cited as a left winger. McVeigh spent seven years with the weak New York Americans club and was often its most consistent player.

Lester Patrick was quoted saying about McVeigh;
"He not only had a dynamic personality and plenty of color, but he gave the best at all times and was a credit to the game"

Charles "Rabbit" McVeigh was inducted into the Northwestern Ontario Sports Hall of Fame in 1993.