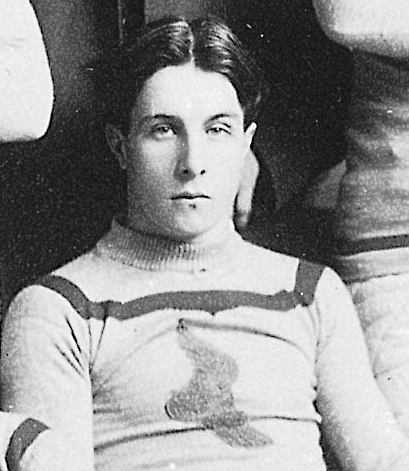 Frederick R. Scanlan (May 5, 1877–November 11, 1950) was a Canadian Amateur Ice Hockey player in the era before professional Ice Hockey. Scanlan was forward who played for the Montreal Shamrocks and Winnipeg Victorias - Scanlan joined the Shamrocks in 1897-98. The Shamrocks, a team that had originated in 1893 at St. Mary's College, won consecutive Stanley Cup victories in 1898-99 and 1899-1900 after finishing in first place in their league both seasons - Scanlan remained with the Shamrocks through the 1900-01 season forming one of the great forward lines of the era with Trihey & Farrell - Scanlan joined the Winnipeg Victorias for the start of the 1901 / 02 season, winning his third Stanley Cup, and scoring the winning goal on January 23, 1902. This series became famous, as the challenger Toronto Wellingtons Chummy Hill scored a goal where the puck split in two, and half the puck went into the net, the goal counted - Scanlan decided to retire after the 1902-03 season. At the close of his career, he was credited with having scored 16 goals in 31 games. He also scored six goals in 17 playoff games - Scanlan played in the era when forward passing was not allowed; in other words, all passes had to be lateral. The forwards usually advanced up the ice abreast while the rover trailed - Scanlan was known for his great shot and endurance - Fred Scanlan was inducted into the Hockey Hall of Fame in 1965