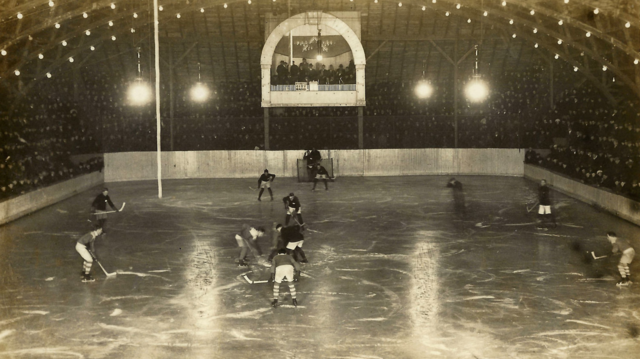 Played at Winnipeg Shea’s Amphitheatre.
Note the 7 players on the ice for the Winnipeg Victorias (black Hockey sweater), the extra player was known as a rover.
Also the goal judge standing behind the net.

The Winnipeg Victorias received a challenge from the Toronto Eatons, Ontario champions - Second challenge of the Allan Cup in 1912.

The 1912 playoff marked the 5th time the Allan Cup had a champion.