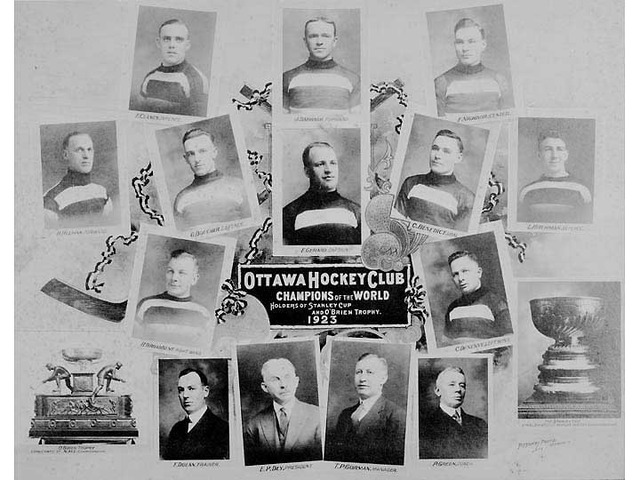 In the NHL playoff, the Senators defeated the Montreal Canadiens in a 2 game total-goal series by a close 3–2 score in the series.

This year was the first time in NHL history that brothers faced each other in the Stanley Cup final. But not just one set of brothers - two! Cy and Corb Denneny as well as George and Frank Boucher faced off in game one.