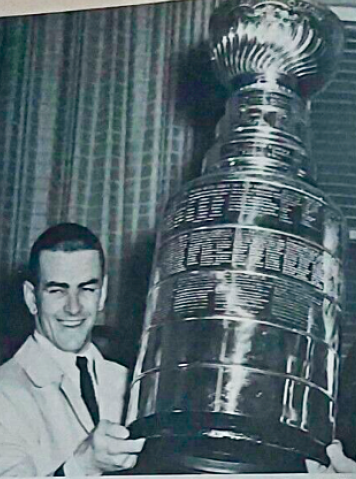 Keon turned professional and joined the Sudbury Wolves of the Eastern Professional Hockey League / EPHL for four playoff games. They would be the only games he would ever play in the minor leagues.

Keon made his NHL debut with the Toronto Maple Leafs on October 6, 1960 vs the Montreal Canadiens at The Forum in a 5-0 Montreal win.

Keon joined the Minnesota Fighting Saints of the World Hockey Association / WHA for the 1975-76 season. He later played with the WHA New England Whalers for the 1977-78 season, and was with the Whalers when they became the NHL Hartford Whalers in 1979, retiring a Whaler in 1982.

Dave Keon is a inaugural member of the World Hockey Association Hall of Fame in the "Legends of the Game" category: 2010.

In January, 2017, Dave Keon was commemorated as one of the 100 Greatest NHL Players.

In 2018, Dave Keon was inducted into the Canada's Sports Hall of Fame