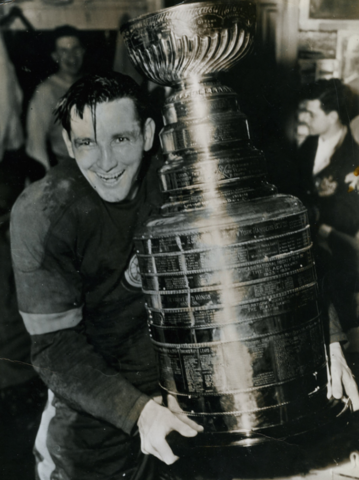 The Red Wings defeated the New York Rangers in double overtime of game 7 to win the Stanley Cup to mark their franchise's fourth Cup win, and first since 1943.
Pete Babando scored the Cup-winning goal, the first time ever in which the Stanley Cup was won in extra frames in game seven.