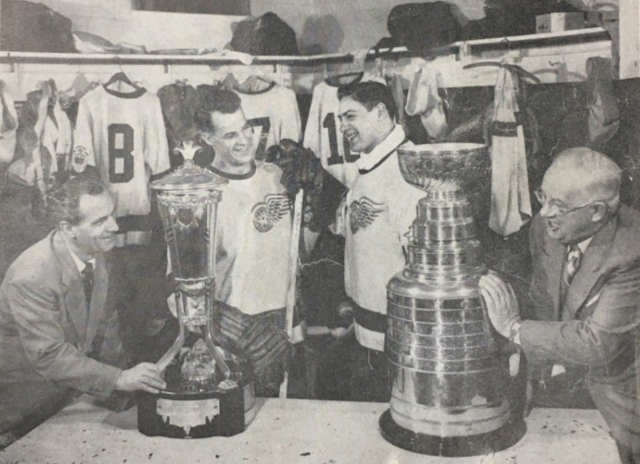 The Detroit News took this photo on March 16, 1951 after the Red Wings won the Prince of Wales Trophy for the third straight year and were about to defend The Stanley Cup championship