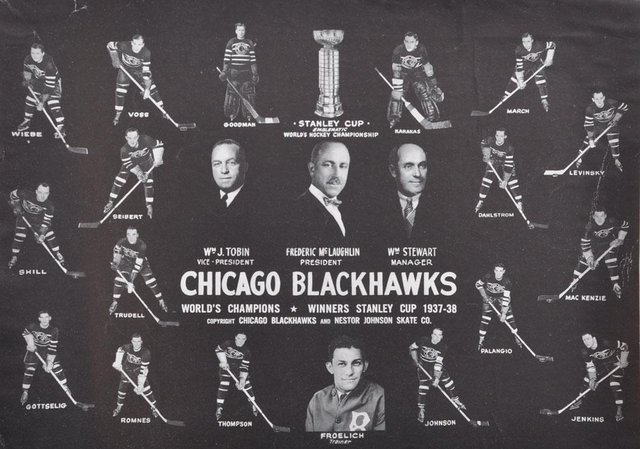 The 1938 Stanley Cup Finals was a best-of-five series between the Chicago Black Hawks and the Toronto Maple Leafs. Chicago won the series 3–1 to win their second Stanley Cup.

The Black Hawks roster was fully half American players, and the team had the worst regular season record for a Cup winner: 14-25-9 and finished in 3rd place, 23 points behind the 2nd place Rangers.

The Black Hawks lost their regular goaltender for the start of the playoffs and started Alfie Moore in game one. Frank Calder ruled that Moore was ineligible, but allowed the victory. Paul Goodman played and lost game two. The regular goalie Mike Karakas returned for games three and four wearing a steel toe to protect his foot.

It was the last time that the Chicago Black Hawks would win a championship at Chicago Stadium.